Part I ended with a discussion of Culadasa’s translation of samadhi to include the ability to “control the scope of attention” in order to find a “stillness at the core of your moment-to moment experience.” Part II discusses other translations of samadhi that move increasingly in the direction of stillness.

Another book dealing with concentration is Richard Shankman’s “The Experience of Samadhi: An In-depth Exploration of Buddhist Meditation.” The book concerns samadhi states and the so-called jhanas, a series of meditative “absorptions” that are said to progressively increase the degree of the meditator’s concentration. The jhanas are also the subject of Leigh Brasington’s book Right Concentration, referenced above. According to Shankman:

This key feature of samadhi, an undistracted singleness of mind, is understood in at least a couple of different ways. Some view it as an exclusive focus on a single object, while others as a broader state of awareness in which the mind remains steady and unmoving, yet aware of a wide range of phenomena around the meditation object. The Pali term usually rendered as “one-pointedness of mind,” cittass’ ekaggata, can be alternatively translated as “unification of mind.” These two terms, “one-pointedness” and “unification of mind” are often used synonymously, but can also have different connotations. A one-pointed mind rests firmly and steadily fixed on the object of its attention. …

A unified mind is also settled and undistracted, although not necessarily firmly focused on a single point. Rather than fixing the attention solely on one object or experience, the mind itself becomes still. (Pages 3-4).

Both Shankman’s and Brasington’s books provide detailed analyses of right concentration, samadhi and the jhanas, and are well worth reading. They raise a number of questions worth exploring in the future. For present purposes, my main interest is in the notion of concentration/samadhi interpreted as the mind stilled as opposed to focused since, in my own experience, the mind stilled is not a profoundly deep state of concentration, but is instead an independent state for which the former is a sufficient but not a necessary condition. 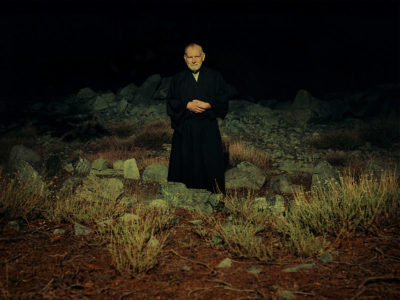 Beside his own extensive discussion of samadhi and the jhanas, Shankman provides interviews with a number of contemporary mediation teachers. One of these is with Ajahn Brahmavamso, a.k.a. Ajahn Brahm. In his interview, Brahm says: “’Concentration’ was never a very good translation for samadhi, and I have moved from that to ‘attentive stillness.’ If you can understand that samadhi is stillness, you can understand how all will actually disturbs the process of stilling the mind.” (Pages 169-170).

Brahm’s provocative interview raises a number of other issues, such as whether the concept of “momentary samadhi” makes any sense at all if one views samadhi from the perspective of stillness as opposed to single-point concentration. He also raises a very intriguing distinction between the physical body and the so-called “mental body” in the context of the actual experience of the jhana states.

My musings on concentration conclude for now with several comments on An Introduction to Buddhism: Teachings, History and Practices by Peter Harvey. Harvey describes the seventh step of the Noble Eightfold Path, Right Mindfulness, as “practising the four applications of mindfulness” as found in the Satipatthana Sutta. (Table 1, Page 83). Further, his translation of the name for the eighth step of the Noble Eightfold Path is Right Mental Unification, not Right Concentration. (Page 81). He describes the eighth step as follows.

8. Right concentration/mental uniﬁcation (sammā-samādhi, Skt samyak-samādhi): states of calm, peace and mental clarity arising from intently focusing the mind on one or other meditation object. These are concentrated states, rather than the act of concentrating, which pertains more to right effort. They are states in which the mind’s energies have been uniﬁed, in the form of the four jhānas (Skt dhyāna), lucid meditative trances. (Table 1, Page 84).

Thus, Harvey sees mindfulness practice as presented in the Satipatthana Sutta as distinct from and preceding samadhi practice (a.k.a. concentration practice). As discussed by Brasington and Shankman in their books, not everyone agrees with this position.

In general, Harvey tends to refer to “meditative concentration” as his preferred translation of samadhi, not simply “concentration.” As he later explains:

People’s normal experience of ‘concentration’ usually varies from a halfhearted paying attention, to becoming absorbed in a good book, when most extraneous mental chatter subsides. Buddhist meditation, in common with many other forms of meditation such as Hindu yoga, aims to cultivate the power of concentration until it can become truly ‘one-pointed’, with 100 percent of the attention focused on a chosen calming object. In such a state, the mind becomes free from all distraction and wavering, in a uniﬁed state of inner stillness: mental uniﬁcation. This is what is meant by meditative ‘concentration’ (samādhi) – that is, the state of being concentrated. The process of concentrating, however, is an aspect of engagement or effort. (Page 323).

Thus, once again, the emphasis is on mental states in which the mind has been taken to a “unified state of inner stillness.”

My curiosity about stillness in meditation has been more stimulated than satisfied; what I have found is more tantalizing than definitive. The literature is full of alternative definitions and interpretations, and descriptions of the actual experience of practice are generally inscrutable and hard to compare. Part of this is because the original sources are often written in archaic languages that are subject to alternative translations and because the actual experiences of practice are by nature ineffable. As at least one of my teachers would likely agree, the most definitive answer I will find may lie not in more reading but in more zazen.