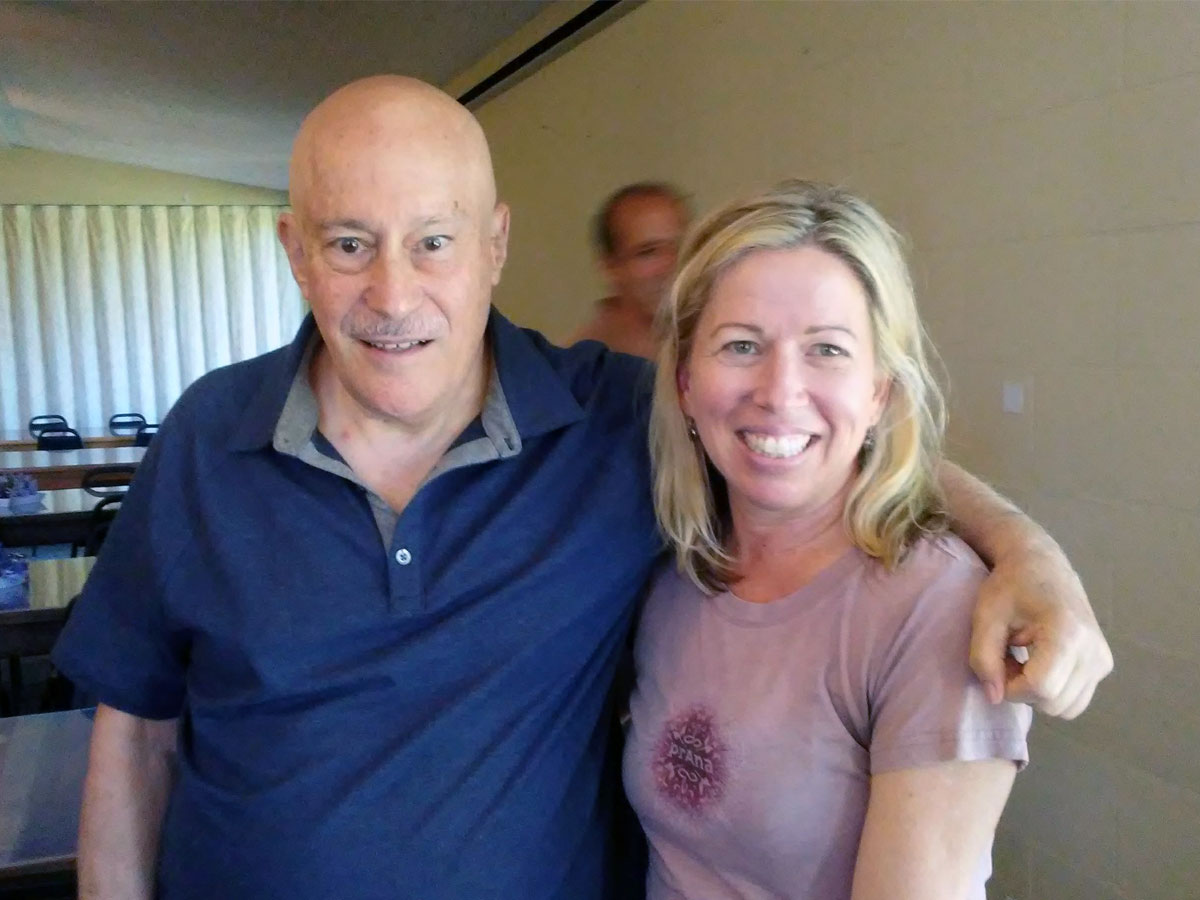 I met Sasaki Roshi only once before he died. After a day of sitting at his Los Angeles Zen temple, Rinzai-ji, everyone was getting ready to go home, content to know that the Roshi, now 106 years old, was on the premises, resting. As we were about to leave, his inji (personal assistant) ran out to stop us: “The Roshi is coming out to see you! Please wait!” When he arrived, the deep love and connection the Roshi had with his long-time students was touching and palpable. One woman knelt at his side with tears streaming down her face, knowing this might be the last time she saw him. I stood apart from the group out of respect, not wanting to intrude on this precious time.

After a few minutes of interacting with his sangha, the Roshi called out to me (in Japanese, translated by his inji): “What is your name?”

“No, your Buddhist name.”

He looked perplexed. “Where have you been?” he asked me.

“Wandering,” issued from my mouth.

“It’s a sickness. A sickness,” he pronounced. I agreed.

This brief conversation took root in my heart, and I soon knew that I would be asking my own teacher Shinzen Young for a dharma name (what the Rinzai Zen master called a Buddhist name). In Shinzen’s community, a dharma name is more a symbol of connection and dedication to practice than a commitment to a particular lineage as would be the case for someone who becomes an ordained monk or nun. In spite of vague reservations that I was somehow not qualified, something about my brief exchange with the Roshi compelled me to ask for a name, and Shinzen agreed to it, asking me to give him a few words about something that I liked. What came to mind was earth and water, not knowing myself what this would mean to Shinzen.

What he presented to me at the end of my retreat with him in September 2013, in a ceremony in front of the sangha that included embracing the five precepts and taking refuge in the three jewels, was Yoshin, meaning “nurture truth.” As is traditional in Shinzen’s lineage, the first part of the teacher’s name is preceded by various words or phrases that become the first part of the dharma name. So “Shin” in Shinzen and Yoshin can be translated to mean “truth,” while “Yo” with the appropriate kanji can be translated to mean “nurture.”

I continued to study with Shinzen, but felt a pull to Rinzai Zen as well. After Sasaki Roshi passed, Shunan Noritake Roshi was installed as abbot of Rinzai-ji and I began studying with him at Mt. Baldy in 2017. In 2018, I had the privilege of visiting Noritake Roshi’s home temple of Reiun-in at the Myoshin-ji complex in Kyoto, Japan – that visit is a story for another day. I now count Shinzen, Noritake Roshi, and Ramana Maharshi as my teachers. This multifaceted approach of mindfulness, Rinzai Zen, and Advaita Vedanta informs my life and my work in varying degrees based on whether I’m working in a corporate culture or with a private client with specific interests.

I still use my given name in all of my daily interactions and work, but my dharma name is a treasure and a guiding light – a beacon that reminds me who I am. I am interested in truth: uncovering, pointing to, and nurturing it. Truth does not need me or anyone else to exist. It is independent of anyone’s practice or belief, the truth I nurture. My work is to blow on the embers of truth wherever I am asked, in myself and others, and to help others do the same so that they will not confuse me with something that is necessary. Nothing is necessary on this path but earnestness, in my experience. If you have that, everything else will follow. People like me will appear as a coach for a while, or as a companion seeking to know the truth more deeply alongside you.